Apple has a strong quarter despite coronavirus, Impossible Foods is coming to Walmart and NASA launches a new Mars rover. Here’s your Daily Crunch for July 30, 2020.

Apple’s latest earning report suggests that the company is thriving despite COVID-19, with revenue of $59.69 billion in the third quarter of its fiscal year. That’s significantly higher than the $52.25 billion expected by analysts, and it reflects 11% growth year over year.

This isn’t the first time Apple has reported earnings since coronavirus became a part of our lives, but Q3 was its first quarter to occur entirely during the pandemic.

The company also announced a four-for-one stock split scheduled for the end of August, through which Apple investors will receive three more shares for each share they already own, with single shares becoming correspondingly more affordable.

PayPal and Venmo QR Code checkout is coming to 8,200 CVS stores in Q4 — CVS will become the first nationwide retailer to allow customers to pay using either their PayPal or Venmo QR code at the register, without fees.

Google is making autofill on Chrome for mobile more secure — The new autofill experience on mobile will use biometric authentication for credit card transactions.

Impossible Foods starts selling in Walmart and expands distribution of its new sausage product — Impossible Foods will now be available at more than 2,000 Walmart stores across the country.

Rocket launch startup Astra readies for orbital test flight as early as Sunday — The startup only incorporated three years ago, and it’s building its rockets in Alameda, California.

We’ve updated The TechCrunch List with 116 new VCs ready to write first and lead checks into startups — Thanks to reader response and recommendations, the list keeps growing!

Six leading investors assess the remote-work startup landscape — In our latest VC survey, we try to understand if SaaS fatigue is real and where open-space still exists in the remote-work world.

Jesus, SaaS and digital tithing — Part 1 of a series on “church tech.”

(Reminder: Extra Crunch is our subscription membership program, which aims to democratize information about startups. You can sign up here.)

CBS All Access adds 3,500 new episodes before rebranding in 2021 — ViacomCBS had previously announced plans to launch an expanded and rebranded version of CBS All Access this summer, to better compete against streaming offerings like Disney+ and HBO Max. 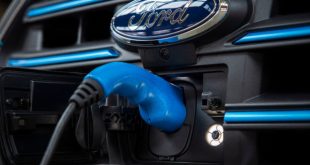