A sleek trick to secretly click on ads helped these Android apps evade detection
Apps with 1.5 million downloads were in the Google Play Store for almost a year before they were spotted, used a new trick to remain under the radar.

In the first frenzied years after the iPad’s rapid rise threatened the laptop, phone makers and PC companies jumped in to produce Android tablets. Some, like Samsung and HTC, made do with Gingerbread, the then-current version of phone-optimized Android. But the first “proper” Android tablet was Motorola’s Xoom, based on Honeycomb — the most significant change to Android up to that point. Soon, Android tablets were rushing into the market from sources as unlikely as carriers, bookstores, and Google itself. Determined to give no quarter to Amazon as it launched its Fire tablet line, Google developed two generations of well-regarded Nexus 7 tablets with Asus, and a 10″ Nexus tablet in conjunction with Samsung boasting a very high-resolution display.

But development for Android tablets waned. Even if they had sold relatively well, they would have represented a small fraction of the number of Android smartphones. Developers had a far greater vested interest in ensuring that their development time was devoted to covering a wide base of the latter. And while Apple relentlessly exhorted developers to optimize their apps for the iPad, Google long saw the best approach as a scalable interface that developers largely ignored, even after Google thought to tout tablet optimization in Google Play.

Meanwhile, after cleaning off the blood from its nose resulting from Windows RT, Microsoft redoubled its efforts to offer 2-in-1s that provided a full Windows experience. Even today, that experience is not strongly optimized for touch. But it’s fine for reading a PDF, watching a movie, or many other tasks for which a laptop wouldn’t be just as good if not better. Windows has also benefited at the expense of Android by pushing the definition of a tablet toward something that is more of a subset of 2-in-1 functionality as opposed to a standalone device.  And at least at the high end, market leader Apple has been willing to come along for the 2-in-1 ride even though both the iPad Pro and Surface offer keyboards as a separate accessory.

Back at Google, Chrome OS had found more success in a niche of cheap education laptops than Android had in larger form factors. Google made Chrome OS even stronger competition to Android by enabling the former to run Android apps; its last stab at a tablet was the Chrome OS-based Pixel Slate.

Building on its early support of Android tablets and its current maintenance of three product lines featuring them, Samsung is the only true champion of Android tablets left among major brands; Lenovo and Huawei also remain in the game. However, in large part because Amazon still iterates its Google-free Fire, Walmart has remained interested in the category, too. The mega-retailer has become something of an outpost for Android tablets, including several 10″ 2-in-1s from brands such as SmarTab, RCA, iView and, more recently, Packard Bell selling for around $100 or even less.

Given its existing selection, it was a bit surprising to see the retailer finally launch its own branded Android tablets under the brand “Onn.” They arrive with Android Pie and support 5 GHz Wi-Fi networks, a rarity in the lowest tier of tablets and laptops. On the other hand, Onn tablets tap out at less than six hours of battery life and feature a small Walmart logo icon in the navigation bar that mars the interface. Clicking it brings up a screen with a handful of Walmart-related apps. These include a Walmart eBooks app to answer the e-reading focus of the Fire.

Much like Android Wear, Android tablets have failed to gain much ground even as the obvious alternative to Apple. Both device classes have suffered from a lack of Google focus that can be chalked up in part to the company’s business model. After all, if you already know virtually everything about a person from their smartphone or their use of your web or iOS apps, there’s incrementally little to be gained from having them acquire second or third Android devices. Android tablets in particular suffered from the same squeeze between laptops and smartphones that attacked the iPad, which offers a far more polished experience. But some Android tablets still offer millions of apps and the flexibility of 2-in-1s for less than $100. That may no longer be interesting for Google, but has been appealing enough a value-seeking segment to keep a selection of them going.

Walmart-brand Android tablets launch for just $64
The 10-inch tablet comes in at just $79, but has only 5.5 hours of battery life. 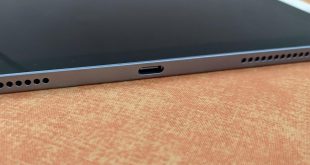 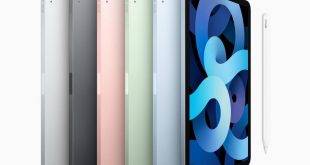 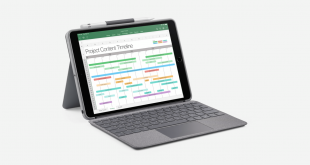