Android apps are coming to Windows 11 through the Amazon Appstore

Ecosystems make strange bedfellows. Here’s one of the stranger in recent memory – and one of the most unexpected bits of news from today’s Windows 11 event. Microsoft announced today that it will be making Android apps available on the next major version of its operating system.

Chief Product Officer Panos Panay called the addition, “just one more small surprise,” noting that the mobile apps can be integrated into the Start menu and taskbar. They’ll also tile or “window” as part of the OS’s new application placement UI. 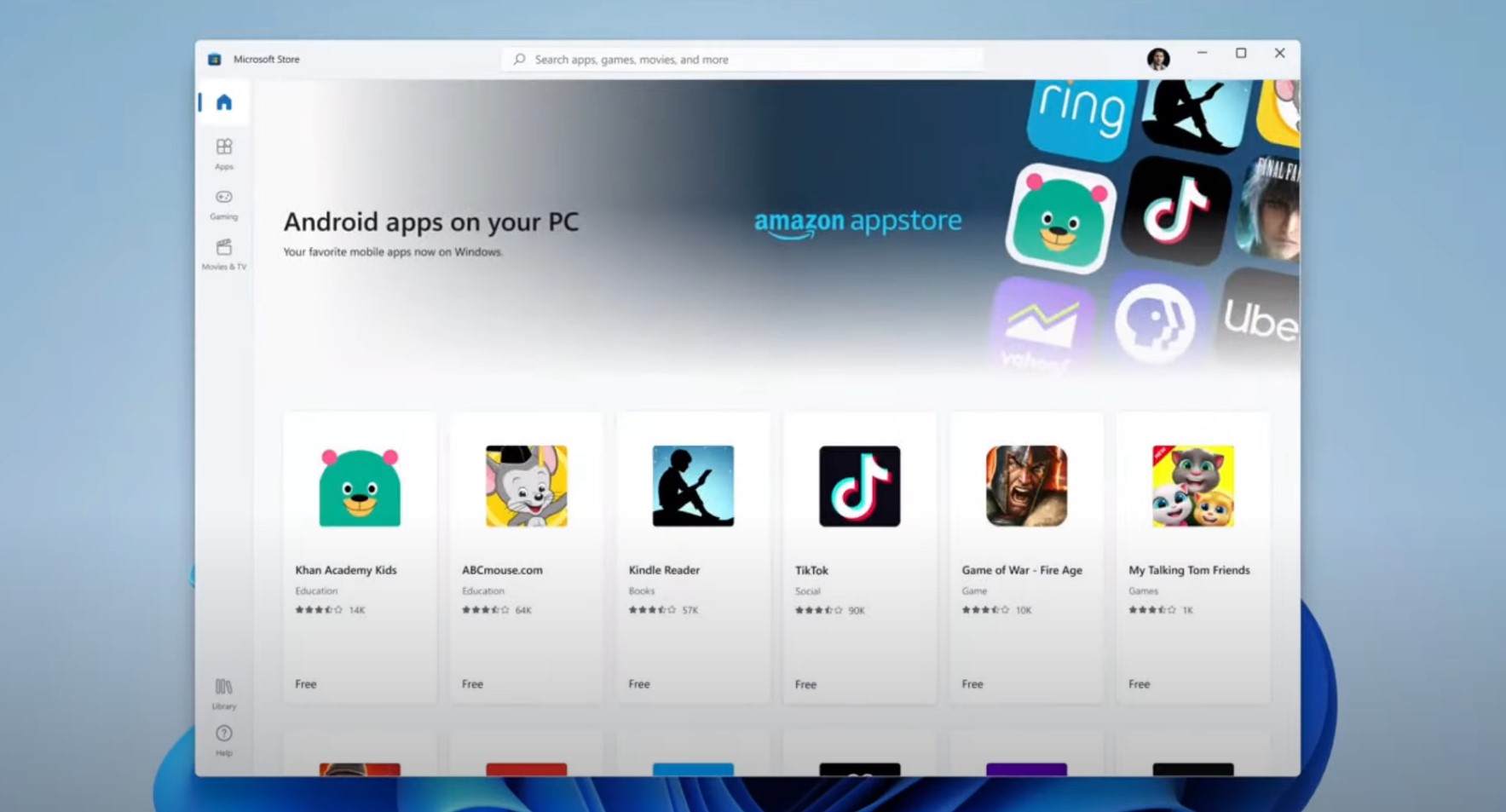 The apps will be available through the Microsoft Store by way of the Amazon Appstore. The company highlighted TikTok running on a demo of the operating system. The app is presented in a vertical, portrait orientation, as you would expect from a mobile-first design.

With 1.85 million Android apps, it’s currently a way to flood the Microsoft app store with a whole bunch of new content – and make sure the latest popular mobile apps are suddenly available on the platform. Though time will tell how good the experience (built on top of Intel Bridge) ultimately is.