In early 2018, as Apple prepared the content slate for its then-unconfirmed streaming service, the iPhone maker hit its first roadblock: showrunner Bryan Fuller exited its reboot of Amazing Stories, the sci-fi anthology series created by Steven Spielberg in the mid-eighties. For what it’s worth, Fuller — best known for creating the psychological horror series, Hannibal — has a history of leaving TV shows. He did so with the adaptation of Neil Gaiman’s American Gods, and on Star Trek: Discovery. But while he’d previously been involved long enough to set the tone — he’s credited on both shows — that isn’t the case on Amazing Stories. His name, or influence, is nowhere to be seen.

And that’s because Fuller ran into tonal troubles early on. While he was reportedly interested in making a Black Mirror for Apple TV+, the executives weren’t as enthused with that direction. (For those unaware, Black Mirror — available on Netflix — is a multi-Emmy-winning anthology series that explores the unanticipated consequences of technology, often in dark and satirical ways.) So for the third time in as many years, Fuller quit. A few months later, Apple picked Edward Kitsis and Adam Horowitz as the new showrunners. Having created the family-friendly fantasy series Once Upon a Time, they were right up the Apple alley.

The new Amazing Stories — or rather its first of five episodes, since that’s all that was made available to critics — trades on a few aspects that Kitsis and Horowitz were known for. For one, the opening episode — “The Cellar”, directed by Chris Long (The Americans) — involves multiple timelines, with its tale crisscrossing through more than a century. Its narrative — written by Jessica Sharzer (American Horror Story) — has a female empowerment side to it, in line with Once Upon a Time’s push for putting a feminist spin on the Disney fairy-tales it tackled. And it also deals in plot twists. You’ll likely see most of them coming though, which is where the problems begin.

From Westworld to The Mandalorian, TV Shows to Watch in March

Spoilers ahead for Amazing Stories.

“The Cellar” opens in present day by introducing brothers Jake (Micah Stock, from 2019’s The Right Stuff) and Sam Taylor (Dylan O’Brien, from Teen Wolf), who make a living restoring old houses for a rich clientele. The younger one, Sam, is less inclined to the profession though. He’s constantly distracted, usually by dating apps, and he’s non-committal to Jake’s idea of a “Taylor Brothers Construction” because he’s looking for his purpose. Sam is a 100-percent millennial, as Jake tells him to his face. As the two are working on a new, old house, a huge storm strikes one night. And during said incident, a supernatural event pulls Sam out of time.

Sam is utterly bemused, not least because he’s in the same house, except it’s been magically restored to its glory. To further add to the confusion, there’s no sign of Jake. Instead, the house belongs to a young music-loving woman called Evelyn (Victoria Pedretti, from You and The Haunting of Hill House), who’s soon being married off to a rich widower with three kids. After Sam helps Evelyn in a time of need, the two strike up a friendship — which as you can expect, blossoms into more — as he tries to convince her that he’s not from her era. But in going about its time-crossed tale of lovers, Amazing Stories runs into more than one hurdle along the way.

The big problem for “The Cellar” is that the writing never really digs below the surface. It touches upon destiny, being born in the wrong era, and helping people on their journeys, but Amazing Stories doesn’t really have anything profound to say about any of it. It doesn’t help that it lacks the necessary building blocks to construct its important moments, and at times, it seemingly jumps from one thing to the next without a proper flow, which reflects a mix of haphazard direction and editing. Moreover, the internal logic increasingly falls apart as the episode progresses, with characters failing to question facts in plain view or the writers throwing out the fundamentals they had themselves established. 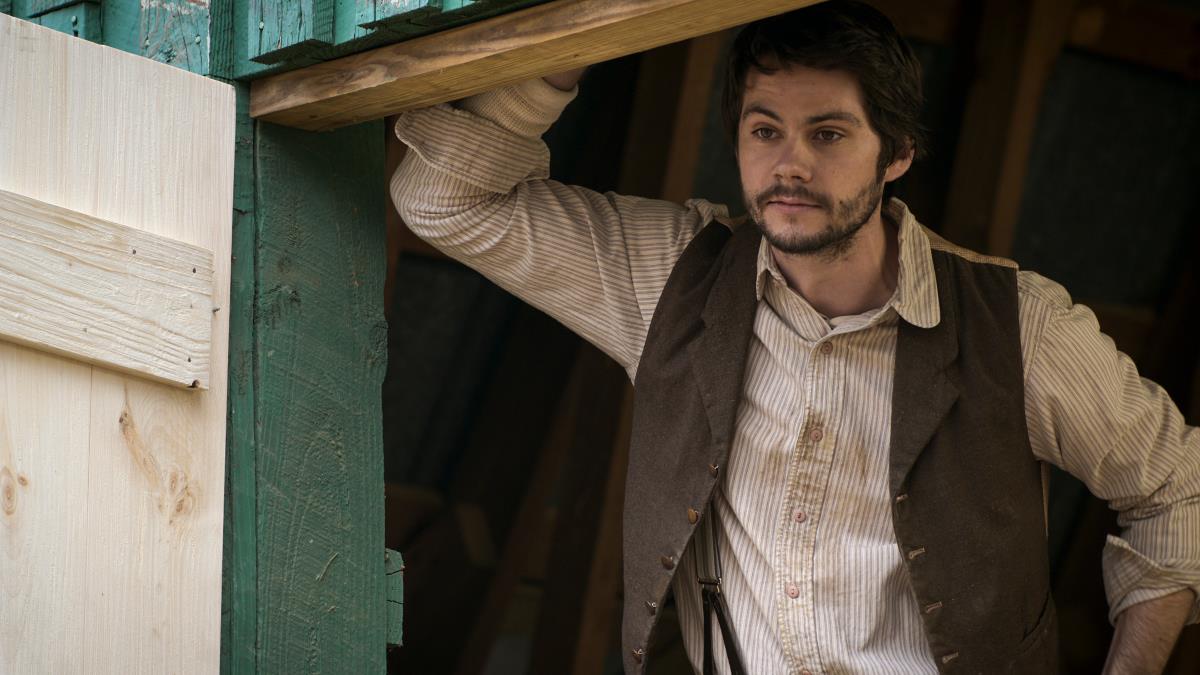 Ultimately, its central characters — Sam and Evelyn — never really come alive, and their love story is as generic as it comes. It’s strange that the time difference between them isn’t cause for any hilarity at all. “The Cellar” is a far less than promising start for the Apple-fuelled return of Amazing Stories — which counts Spielberg as an executive producer — but considering it’s part of an anthology, it’s impossible to say how the other four will fare. Simply going by what we have in front of us though, it’s a not-so-amazing start to Amazing Stories. It’s always been interesting to think what Fuller’s continued involvement would have brought to a project, but that’s applicable even more so here, given he stepped away earlier than usual.

The Best Hindi Movies on Netflix in India [April 2020]

Microsoft Office 365 Gets Replaced With Microsoft 365, Coming on April 21

Coronavirus has taken over the globe and every country has been trying to do its ...