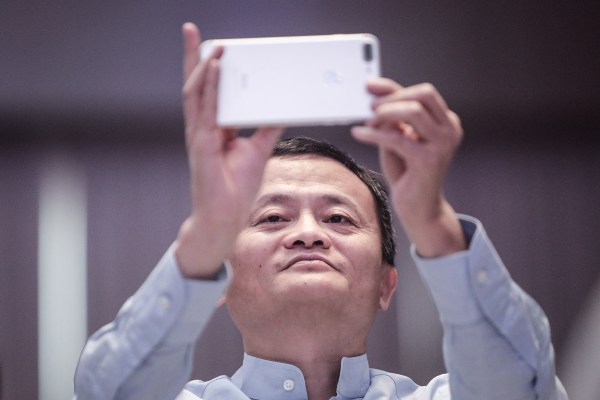 Chinese tech giant Alibaba is doubling down on India’s burgeoning video market, looking to fight back local rival ByteDance, Google, and Disney to gain its foothold in the nation. The company said today that it is pumping $100 million into Vmate, a three-year-old social video app owned by subsidiary UC Web.

Vmate was launched as a video streaming and short video sharing app in 2016. But in the years since, it has added features such as video downloads and 3-dimensional face emojis to expand its use cases. It has amassed 30 million users globally, and will use the capital to scale its business in India, the company told TechCrunch. Alibaba Group did not respond to TechCrunch’s questions about its ownership of the app.

The move comes as Alibaba revives its attempts to take on the growing social video apps market, something it has missed out completely in China. Vmate could potentially help it fill the gap in India. Many of the features Vmate offers are similar to those by ByteDance’s TikTok, which currently has more than 120 million active users in India. ByteDance, with valuation of about $75 billion, has grown its business without taking money from either Alibaba or Tencent, the latter of which has launched its own TikTok-like apps with limited success.

Alibaba remains one of the biggest global investors in India’s e-commerce and food-tech markets. It has heavily invested in Paytm, BigBasket, Zomato, and Snapdeal. It was also supposedly planning to launch a video streaming service in India last year — a rumor that was fueled after it acquired majority stake in TicketNew, a Chennai-based online ticketing service.

UC Web, a subsidiary of Alibaba Group, also counts India as one of its biggest markets. The browser maker has attempted to become a super app in India in recent years by including news and videos. In the last two years, it has been in talks with several bloggers and small publishers to host their articles directly on its platform, many people involved in the project told TechCrunch.

UC Web’s eponymous browser rose to stardom in the days of feature phones, but has since lost the lion’s share to Google Chrome as smartphones become more ubiquitous. Chrome ships as the default browser on most Android smartphones.

The major investment by Alibaba Group also serves as a testament to the growing popularity of video apps in India. Once cautious about each megabyte they spent on the internet, thrifty Indians have become heavy video consumers online as mobile data gets significantly cheaper in the country. Video apps are increasingly climbing up the charts on Google Play Store.

In an event for marketers late last year, YouTube said that India was the only nation where it had more unique users than its parent company Google. The video juggernaut had about 250 million active users in India at the end of 2017. The service, used by more than 2 billion users worldwide, has not revealed its India-specific user base since.

T Series, the largest record label in India, became the first YouTube channel this week to claim more than 100 million subscribers. What’s even more noteworthy is that T-Series took 10 years to get to its first 10 million subscribers. The rest 90 million subscribers signed up to its channel in the last two years. Also fighting for users’ attention is Hotstar, which is owned by Disney. Earlier this month, it set a new global record for most simultaneous views on a live streaming event.