The Australian Competition and Consumer Commission (ACCC) has opened consultation on whether any competition issues are likely to appear with the upcoming allocation of licences in the millimetre wave 26GHz and 28GHz spectrum band set that will be used for 5G deployments.

Initially charged to provide its advice back to Communications Minister Paul Fletcher this week, the consultation was shifted due to the ACCC’s Federal Court fight over the merger of TPG and Vodafone.

Releasing a consultation paper on Wednesday, the ACCC said it would be concerned if one operator were to gain a majority of the spectrum, or if an operator was prevented from offering services due to a lack of spectrum.

“The 26GHz band is the first high-band spectrum earmarked internationally for 5G deployment to be allocated in Australia,” the ACCC said.

With its recent Federal Court failure to force TPG into creating a fourth mobile network, the ACCC noted that spectrum allocations processes are critical investment points for the mobile industry.

“In downstream markets such as the mobiles market, an operator’s spectrum portfolio is a significant determinant of its ability to compete effectively,” the consumer watchdog said.

“Spectrum enables entry into new markets and can influence the network capacity and quality of service, as well as the geographic areas in which an operator can offer services.”

The areas where spectrum will be allocated are: Adelaide, Albany, Albury, Armidale, Bendigo, Brisbane/Lismore/Sunshine Coast/Toowoomba, Bundaberg/Hervey Bay, Cairns, Canberra, Coffs Harbour, Darwin, Hobart, Launceston, Mackay, Margaret River, Melbourne/Ballarat, Mildura, Port Macquarie, Rockhampton, Shepparton/Mooroopna, Sydney/Bathurst, Townsville, Traralgon/Morwell, Tuncurry/Forster, Wagga Wagga, and Warrnambool. In the Perth/Bunbury area, there will be a single allocation in the 25.1GHz to 27GHz band, with a further allocation in the 27GHz to 27.5GHz band each in Bunbury and Perth.

Spectrum licences will have a 15-year term, with the auction pencilled in for early 2021.

“I have the power to direct ACMA to impose limits on the allocation of spectrum licences,” Fletcher said in an October 18 letter to the ACCC. “I am seeking the ACCC’s advice on whether allocation limits should be imposed for the auction of these spectrum licences, and, if so, what the ACCC considers those limits should be. In the past, allocation limits for spectrum auctions have been adjusted following unexpected market changes.”

The consultation period ends on March 27, with the ACCC to provide Fletcher with advice by May 15.

Recent tests conducted in the UK showed the amount of electromagnetic energy (EME) measured over a set of six-minute tests never topped 1.5% of safe guidance levels, as set by the International Commission on Non-Ionizing Radiation Protection.

In December, the Australian government announced it would spend AU$9 million across four years to fight misinformation about 5G and build “public confidence” in the technology.

“The safety standards for 5G networks are consistent with those applicable to early generations of mobile technology — even though 5G networks typically use radio signals which are lower power and over more tightly targeted areas than earlier generation networks,” Fletcher said at the time.

“The enhanced EME program will make sure all Australians have access to clear, reliable and reputable information so they can take advantage of new technologies like 5G — and feel empowered to do so safely.”

Latest generation mobile network to start to be switched on in first six months of 2020.

Australia will have a strong third telco just as 5G arrives, the Vodafone Australia CEO has said.

Canberra will not revisit the ban on Huawei supplying 5G equipment in Australia.

This special report from ZDNet and TechRepublic details how 5G will drive the digital transformation of business processes.

Previous Microsoft: 99.9% of compromised accounts did not use multi-factor authentication
Next TikTok Parent ByteDance Launches Resso in India, a ‘Social’ Music Streaming Service 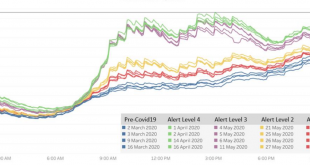 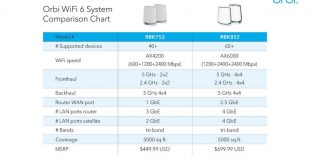 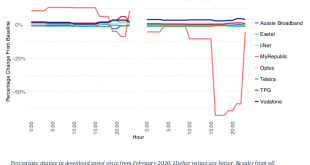 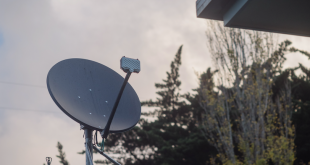 Image: NBN The company responsible for deploying the National Broadband Network (NBN) across Australia has ...