Breaking News
Home / Wearables / A Sneaker That Fixes Itself? It Could Be Coming Soon

A Sneaker That Fixes Itself? It Could Be Coming Soon

Picture this: You’re playing soccer with friends. As you kick the ball, you realise the bottom of your foot feels cold and wet. You turn your sneaker up to look at the sole. A big crack is letting water from puddles seep right through it. When you get home, you throw your ruined sneakers in the trash.

Now imagine another scenario. You don’t throw the sneakers away. Instead, you push the two sides of the cracked sole together so they’re touching. You leave the sneaker in a warm spot. A few hours later, the crack has fused itself back together.

Thanks to Qiming Wang, a self-healing sneaker sole could soon become reality. He’s a professor at the University of Southern California’s Viterbi School of Engineering. In February, he, three of his students and a professor from the University of Connecticut announced that they had invented 3D-printable rubber that could fix itself.

“It can heal just like a wound to your muscle, returning to its original structure,” Wang says. The material could be used to 3D-print not only sneaker soles, but also toys, bike tires, even satellites. 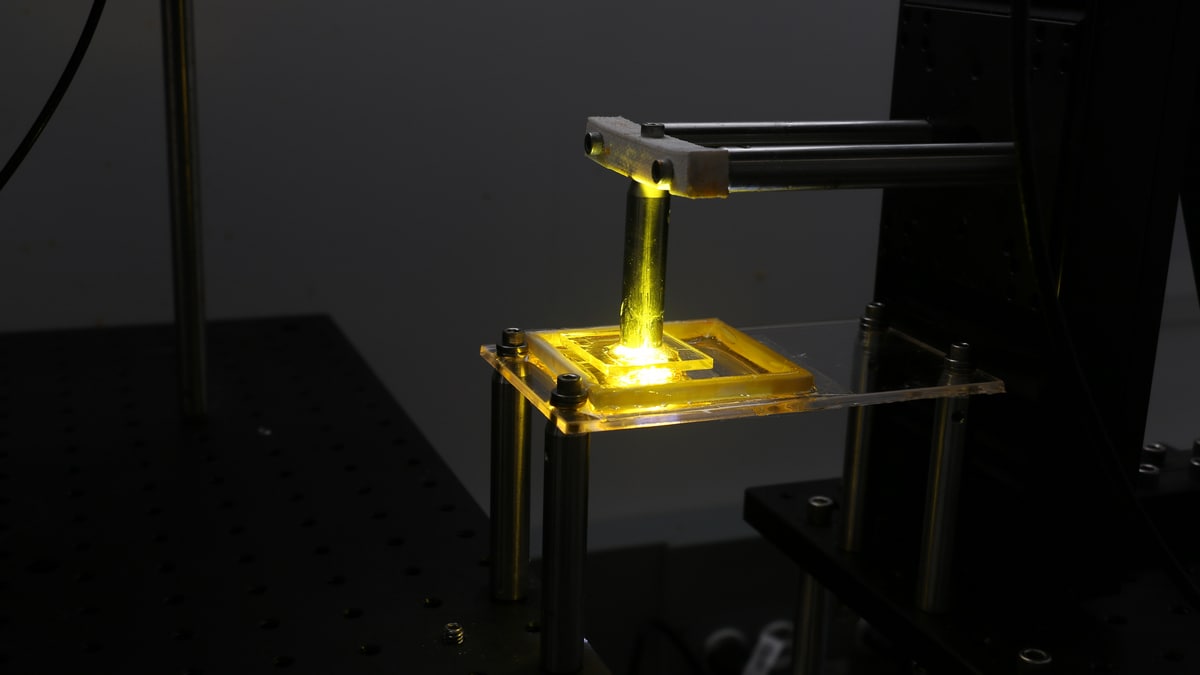 The material is a kind of rubber made of silicone. When it’s exposed to heat, it causes a chemical reaction that bonds its atoms back together. The higher the heat, the quicker this happens. Wang says healing can happen at room temperature, too – it just takes more time.

To 3D-print a self-healing object, the first step is to make a model of it in the computer. The model is virtually “sliced” into 100 smaller images. This first image is projected onto a thin layer of the rubber, which starts out as a liquid. The rubber takes on the shape of the image, and the light from the projection turns it from liquid to solid. The next image is projected on another layer of liquid rubber on top of the first one. The final, complete shape is built up layer by layer like this.

Many different companies “want future technology like this,” Wang says. His research was funded partly by the United States Air Force. It is hoping to make “3D-printed airplane wings that can self-heal after impact with a bullet or a bird,” he says; 3D printing makes this kind of manufacturing quick and inexpensive.

After Wang’s team published its research, it was contacted by footwear companies that want to use their material to make shoes. First, though, Wang and his team have to try to make it in different levels of hardness. They also need to figure out how to make wounds such as punctures, which have ragged edges that don’t touch on all sides, recover their original shape so that healing can happen.

Wang thinks it will take two or three years for their material to show up in shoes we buy in stores.

One exciting thing about self-healing materials is the amount of waste they could eliminate – especially with so much plastic littering our oceans and landfills. Wang’s special rubber can self-heal “more than 10 times, no problem,” he says. When it can’t heal anymore, it can be recycled.